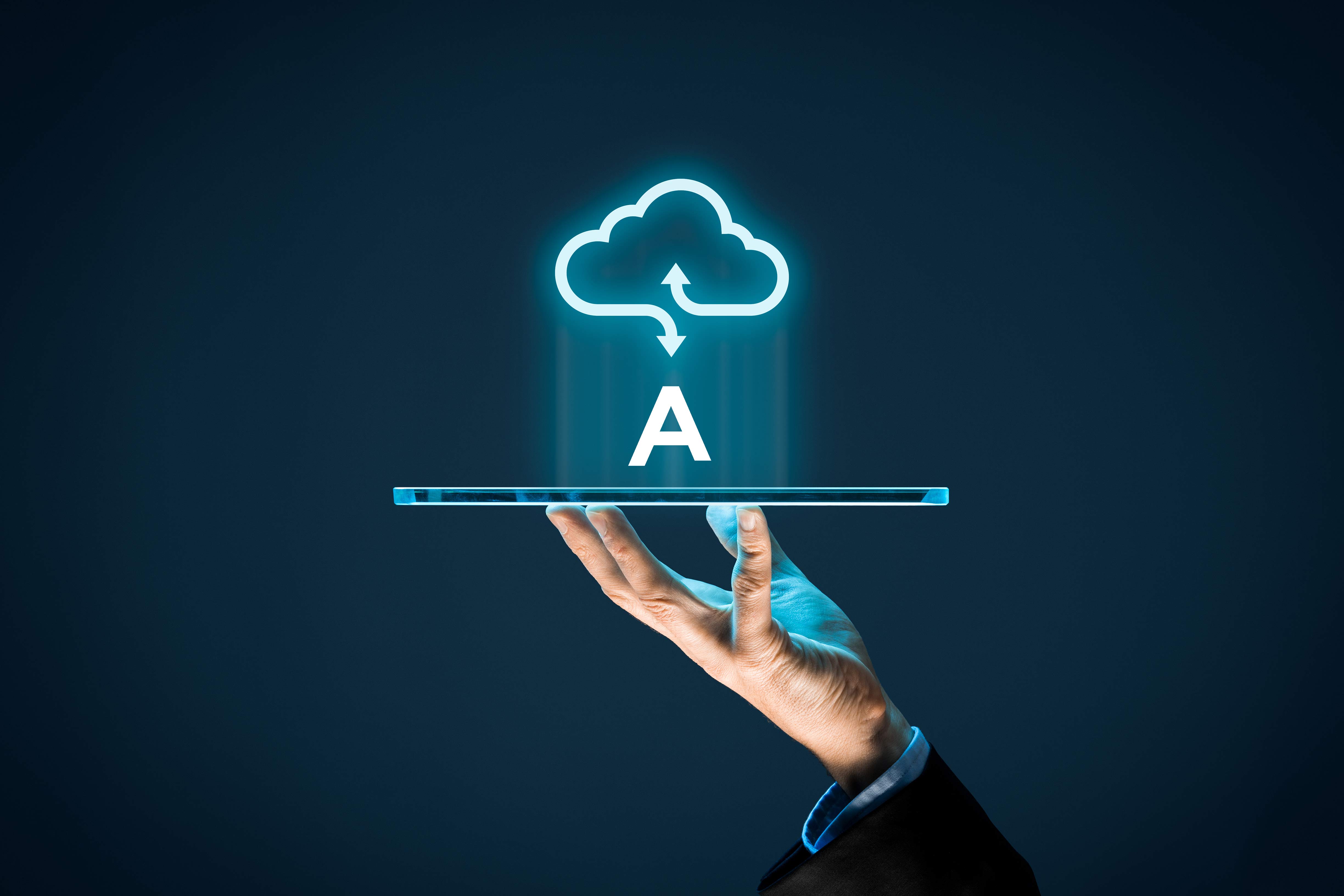 Posted at 13:50h in News by James Dancer

Thinking of moving to the Cloud? Or maybe you already have, but don’t feel as though you’re getting the best of it? We’ve put together the top 5 points that come up when conducting Cloud migrations with our customers.

All too often, we come across customers who have read about Office365 or G-Suite online, with the anticipation that they can move to these platforms and as a result, completely abandon all of the servers they currently have on premise.

While this may be the case for some businesses, the likelihood is that it isn’t for yours. For you to be completely server-free as a result of one of these suites alone, the only thing you would currently have running in your office is an email and document server. In reality, the vast majority of business have much more than that running – Active Directory Domain Controllers (the servers that control logging in to your desktops/laptops), Application Servers (for CRM/ERP systems), Database Servers (for custom Applications), Print servers (for when you have a large number of printers in your office) to name but a few, all need to be considered before ploughing ahead with a Cloud migration.

While you can use public Cloud services such as Amazon Web Services or Azure for hosting these servers, the issue is connectivity. As you can’t run an internet connection directly to their Datacentres, you’ll be reliant on VPN which carries a speed overhead by nature, and also requires you to be maintaining the VPN – if it is down and you have Domain Controllers running in AWS/Azure, for example, none of your users will be able to log in!

The answer to this is to look at a hybrid Public/Private Cloud approach. Private Clouds allow you to be completely flexible insomuch as the provider is completely in control of the technology, and they’re built specifically to allow you to host effectively whatever you want on them. The best bit is if your Public Cloud provider is also an Internet Service Provider and you take their Internet service too, you effectively have a private connection to their Datacentre where your servers are hosted. This is basically like having the servers in your office (in terms of speed and design), but with the full resiliency and redundancy of a Cloud solution – all the features, but with no flashing lights.

We’ve had a lot of conversations with customer about Cloud and what it is, and one of the biggest questions is simply “what actually is it?” – sometimes, people tend to think about Cloud as some ethereal system that exists everywhere and nowhere and just delivers content to their web browser or Application.

In reality, it’s servers sitting in Datacentres. Lots of servers in lots of Datacentres. What this means is that when you use a Cloud system, your data is always somewhere specific. This is referred to as tenancy; when you set up a public Cloud system such as Office365, you’re given the choice of tenancy… you can choose locations all over the world, but most importantly now, you can choose the UK. Previously, your data would be stored somewhere in Europe, the US or Asia which, for some businesses, is a no-go based on data privacy policies or regulations.

This doesn’t go for just Office365 or G-Suite, but any solution you’re looking at that is a Software-as-a-Service system. A lot of these exist now, from Helpdesks and Customer Contact systems such as Zendesk, to Accounting systems such as Xero and Sage One – so it’s extremely important that before you choose a system and start migrating to it, you check its tenancy, and ensure that you’re comfortable with it.

Even some providers who will let you choose tenancy in the UK, for example, have clauses in their contracts that grants them the ability to move your data to an out-of-territory tenancy temporarily if they have downtime or are conducting maintenance on the Datacentre your data resides within. It’s important in this case to not only check the tenancy you’re signing up for, but also the actual contract you’re signing. 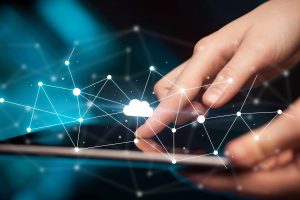 3. There’s much more to it than email and document storage

This seems like quite an obvious one, right? Well you’d probably be surprised to know that the vast majority of people who use systems such as Office 365 only use it for email and document storage – usually because this is the reason they moved to it in the first place, but these systems have so much more to them that comes bundled with the licence fee you pay, at no extra charge!

Just as an example, below are a few Office 365 apps and features (aside from email, document storage and Word/Excel/PowerPoint online etc.) that come as part of a standard subscription:

Flow – Create workflows between your apps (including non-Office 365 apps) and automate repetitive tasks using a simple and intuitive interface.

Power Apps – Build basic Applications without needing to be a developer, using your organisation’s existing data

Teams – Collaborate, chat, share files and meet all in one app

…and the list goes on. All of these features have Apps available for multiple devices, too – so if you already have Office 365 and you’re not using them, you’re missing out!

4. Reporting and Analytics are immense

Another way that Cloud systems tend to excel is in reporting. When you have physical servers, you tend to have to put up with either built-in operating system reports (which more often than not are quite clumsy) or purchase a 3rd party reporting system (which is expensive!).

The vast majority of Cloud systems now come with their own reporting engines built in, that give you a much better insight into your business’ activity. Diving further in with systems such as Office 365 (this is being used a lot as an example in this article, but it offers an awful lot!), the data and insight that can now be gained is immense – you can look (in depth) at the amount of emails sent or received in your organisation, your employees’ activity in Systems such as Skype for Business, look at how many document are stored and used in your organisation and analyse the trends behind all of these… all in a pretty web window.

From a Security and Compliance perspective, the aptly-named Security and Compliance centre will show you stats on Malware detection, Spoof Mail, Threats mitigated and a whole lot more. While this data would have been previously available on your Exchange server, it was in no way presented in such a slick, single pane of glass style. In addition to this, you can also trigger “deep dive” reports for search and investigation – if you need to dig out any emails from a specific sender sent to anyone across your entire organisation, you can with just a couple of clicks… or if the worst happens and you need to track a particular employee’s activity across all Office 365 services, you can in an extremely easy fashion. 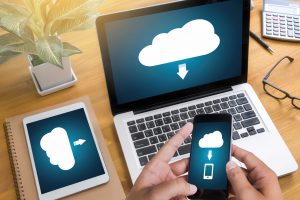 This seems like an obvious one, however what most people don’t realise is that the vast majority of Cloud systems have a whole host of accompanying Apps, usually for every mobile device platform available. Being able to access your systems anywhere, anytime, from any device is a huge bonus… from spreadsheets, to Business Intelligence and reporting, to accounts and CRM, the vast majority of Cloud systems have these just as part of the service.

This enables your employees to work in a much more flexible way – not just on the move, but also on any device. And if you fully embrace the Cloud and adopt Mobile Device Management or Enterprise Mobility and Security systems, you can allow your employees to use their own devices for work purposes, on an operating system and device type they’re used to.

Naturally, there’s much more to Cloud that just the above… however, you’re not just buying into a system with Cloud, you’re buying into an ecosystem and you might not even realise! If you’d like more information on how to take advantage of all of the above or how to get started, give us a call; we can help.

To Learn more about how the ATAMA cloud can work for your Business, please call the Tech team on 0203 9292 300 or email info@atama.tech

James is our Technical Director, nerd-in-chief and at the forefront of all of our customer solutions. He's constantly keeping up to date with (and has a not-so-small obsession with) the latest technologies, both in his home life and in the world of business.

You can find out more about which cookies we are using or switch them off in settings.

This website uses cookies so that we can provide you with the best user experience possible. Cookie information is stored in your browser and performs functions such as recognising you when you return to our website and helping our team to understand which sections of the website you find most interesting and useful.

Strictly Necessary Cookie should be enabled at all times so that we can save your preferences for cookie settings.

If you disable this cookie, we will not be able to save your preferences. This means that every time you visit this website you will need to enable or disable cookies again.

This website uses Analytics tools such as HotJar to collect anonymous information such as the number of visitors to the site, and the most popular pages.

Please enable Strictly Necessary Cookies first so that we can save your preferences!

This website uses tracking technologies to learn how our visitors interact with our sites so that we can improve our services and provide you with valuable content.

Please enable Strictly Necessary Cookies first so that we can save your preferences!